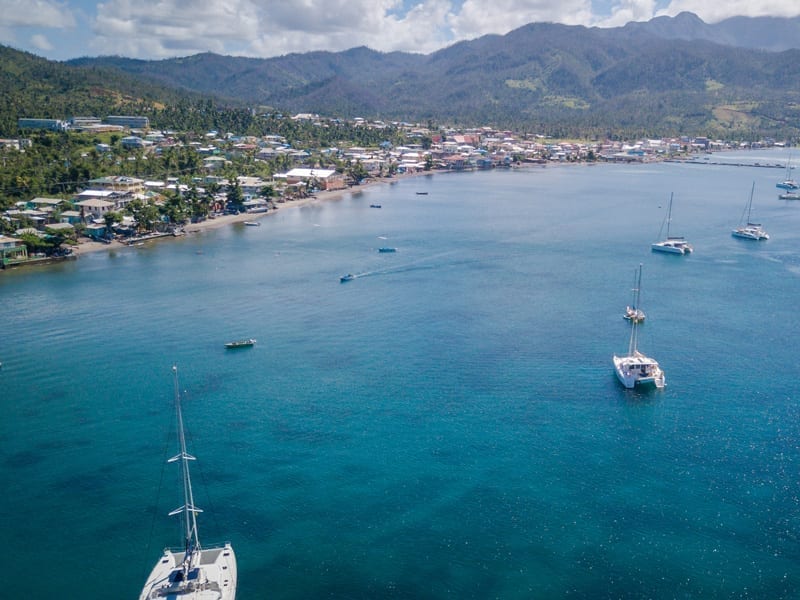 Yet Another Dominica CBI Achievement

Marking yet another milestone achievement of the Government and people of Dominica through the Citizenship by Investment Program, the Sanctuary Rainforest Eco Resort and Spa held its groundbreaking ceremony to commence construction.

The concept of an eco-wellness resort in Dominica’s rainforest, brainchild of Vital Developers Ltd., is a highly welcomed initiative that promises to significantly contribute to tourism and economic activity on the island.

Held on November 1st, 2019, at Providence, Roseau Valley, at the construction site of the Sanctuary Rainforest Eco Resort and Spa, the groundbreaking ceremony invited guests to bask in the breathtakingly lush green rainforest and its soothing late afternoon aura; a mild hint of what is to come.

Prime Minister of Dominica, Honourable Roosevelt Skerrit graced the ceremony with his presence.  In addressing the gathering, he congratulated Vital Developers “as they seek to construct this Resort”, and expressed “pleasure to partner with Managing Director, Alexander Berenstain”, further stating that he was “looking forward to the cutting of the ribbon of the opening ceremony.”

The Prime Minister further stated that it was a “personal gratification to be here, as our CBI continues to be successful, continues to stand the test of scrutiny from all international agencies and countries, and we continue to see the benefits of it. And notwithstanding the challenges which the marketplace is confronting, we continue to benefit from it, with hotels under construction, hotels opening, and today here, at Sanctuary, the groundbreaking ceremony.”

The efforts of Honourable Dr. Mc Intyre, Parliamentary Representative of the Roseau Valley were also recognized by the Prime Minister, who he stated had played an important role in “this project in all of its processes, including its approval at the Cabinet level, recognizing himself, the importance of this development to the residents of the Roseau Valley.”

In turn, Managing Director of Vital Developers, Alexander Berenstain, thanked the Government of Dominica for its “support at every stage of the project which enabled Vital Developers to reach this milestone,” sharing further that “construction starts after the independence holidays,” which were celebrated from the 3rd to 5th of November, 2019.

Berenstain revealed that the resort will feature a “Tree Top Walk Way which will be high-rise about 8 to 10 meters above ground”, and that employment is expected to be created for about 120 to 130 individuals during construction and that 110 to 120 will be permanently employed during operations.  According to Berenstain, the resort seeks to primarily target residents of the Roseau Valley but will also create “job opportunities for all Dominicans without exclusion.”  He further urged residents to the Roseau Valley to open nearby businesses that will allow guests to tour the surrounding areas, different types of restaurants, sulfur spas, and to grow organic food crops since the resort will focus on organic foods.

The Roseau Valley, location of the Sanctuary Rainforest Eco Resort and Spa, is one of Dominica’s most tourist-site dense areas.  It is home to the Morne Trois Pitons National Park (a UNESCO World Heritage Site), the Boeri Lake, the Fresh Water Lake, the Boiling Lake, Morne Watt, the Trafalgar and Middle Ham Falls, the Titou Gorge, Morne Watt and Morne Macaque, among others.

As such, Vital Developers expressed its commitment to protecting the surrounding forests.  This was confirmed by Leano Miceli, Head Architect at Atys Architecture, who stated that the design of the Sanctuary Rainforest Eco Resort and Spa was “in line with the vision of Alexander Berenstain; our aim was to respect the exceptional sites around by staying true to its existing configuration and all of its natural elements.” Atys Architecture, the architectural firm which designed the resort has extensive experience in eco responsible construction techniques and designs in the Caribbean and Europe, and was represented by Leano Miceli and Gauvin Dauchy.

Coinciding with Dominica’s 41st independence anniversary celebrations, the Sanctuary Rainforest Eco Resort and Spa groundbreaking was not business only.  Guests were entertained with traditional ‘jing ping’ music, a musical presentation by the Sign Language club of the Convent High School and live music by local artiste Carlyn XP.  Attendees were also invited to a cocktail reception after ground had been broken.

The Sanctuary Rainforest Eco Resort and Spa groundbreaking bears testament to the successes of the Dominica Citizenship by Investment Program, not only in terms of providing a source of funding for such development projects which aim to increase Dominica’s luxury room stock while enhancing eco-wellness tourism, but in terms also of its ability to positively transform lives and communities through sustainable development.

Indeed, as simply but profoundly put by the Prime Minister, “I am very happy for the residents of the Roseau Valley.”

Highlights of the groundbreaking ceremony can be viewed here